All Kinds of Flying VanTechs:

We would be honored to showcase your bike. Please send us a picture and a bit of description and we will add your bike to the gallery. (contact: holly@vantechmotorcycles.com) 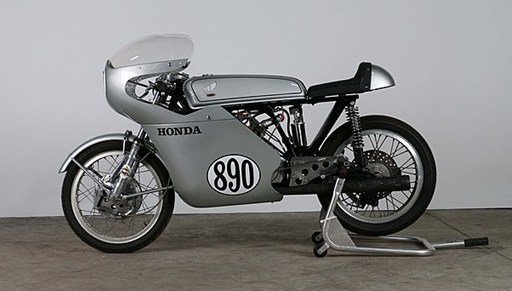 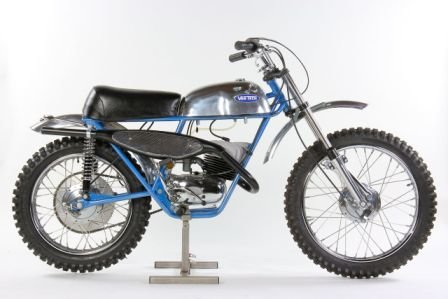 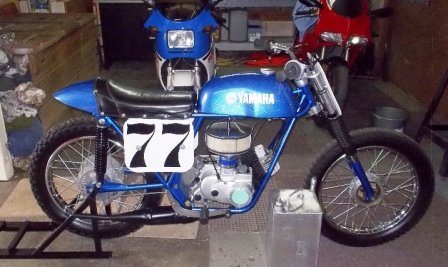 VanTech Yamaha owned by Steve Baker #32 who owned and raced a few VanTechs (100cc to 250cc) Steve was ranked #1 novice nationally and was #1 at Castlerock. 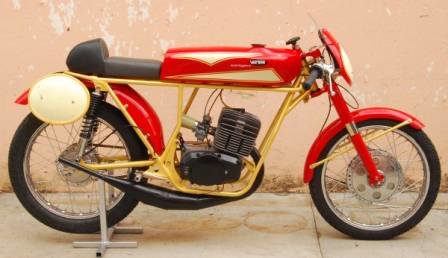 A beautiful golden VanTech frame with a Minerelli 175cc (an Italian engine) - a classic road racer. 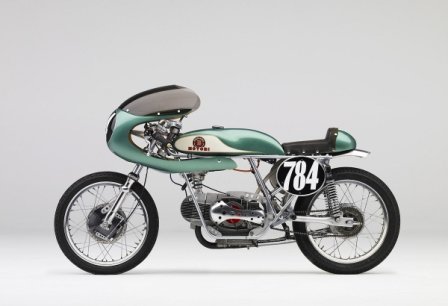 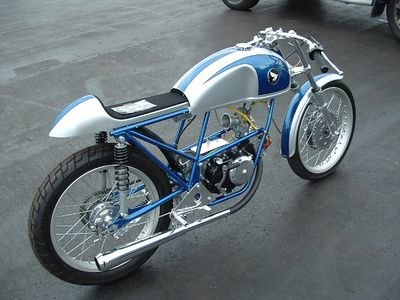 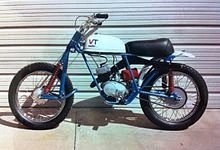 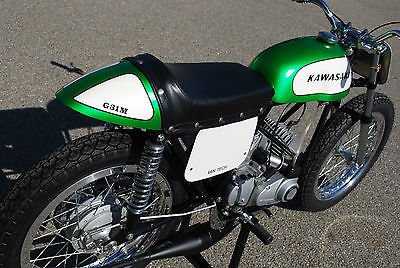 A one of a kind 1970 VanTech Kawasaki G3m (ground up restoration by Lee Fabry). 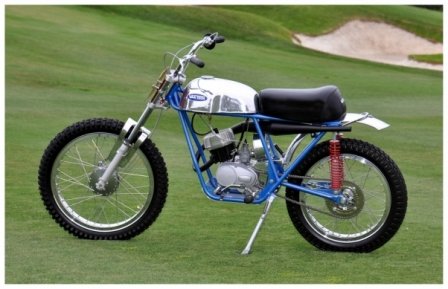 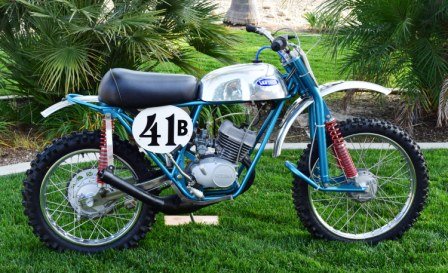 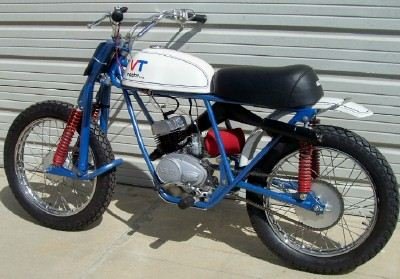 A wonderful 1969 VanTech by Roehr racer - a replica of Duane Roehr's actual bike - owned by Brad Dehore and restored by Lee Fabry. 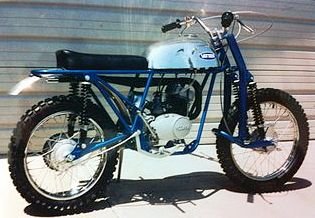 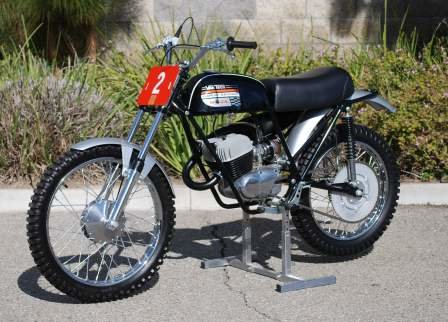 Spectacular 1970 Vantech Harley Baja owned by Rob Walker and restored by Lee Fabry. One of only two VanTech Harley Bajas in existence. 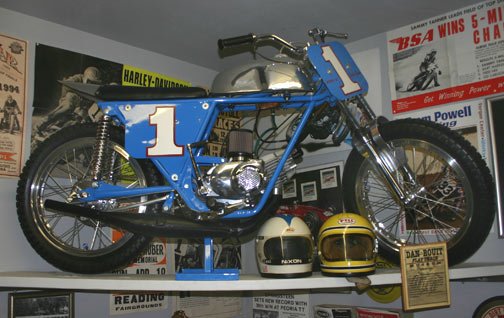 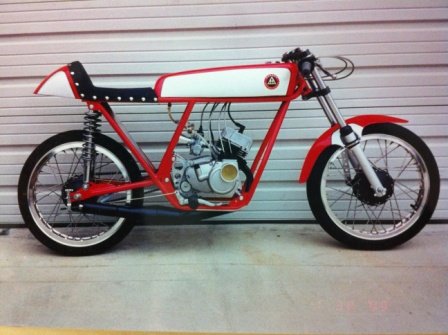 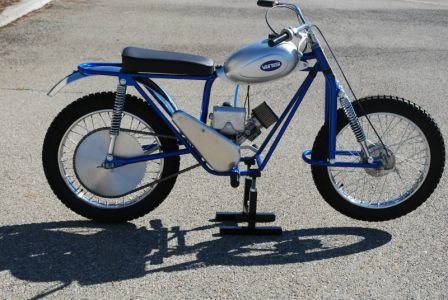 One of only a few - a 1964 Classic VanTech Scrambler owned by Moto Armory and re-imagined and restored by Lee Fabry. 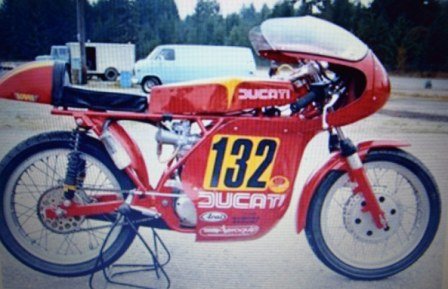 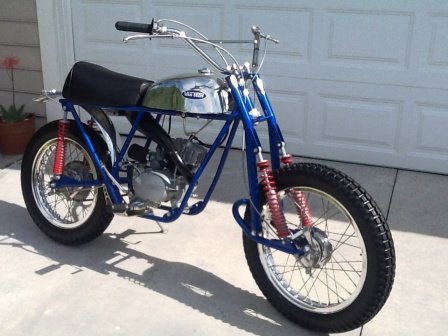 A classic VanTech Hodaka 100 Scrambler with the VanTech Leading Link Forks - owned by Gary Parker and restored by Lee Fabry. One of the few fully complete kit bikes.

A 1963 VanTech Scrambler. This is bike no.: 4VS102, the second VanTech motorcycle production bike made. VanTech Factory Rider Joey Petz raced this bike as an alternate 2B which was the bike used by Cycle World Magazine for their May 1964 article which put VanTech on the map (check it out in our shop - free literature section). Owned and meticiulously restored by Bill VanTichelt III with some help from Bill VanTichelt.

An amazing one of a kind VanTech Suzuki A100 flat tracker owned by Sal Peluso and Maurice Ortega and restored by Sal with some amazing metal fabrication. 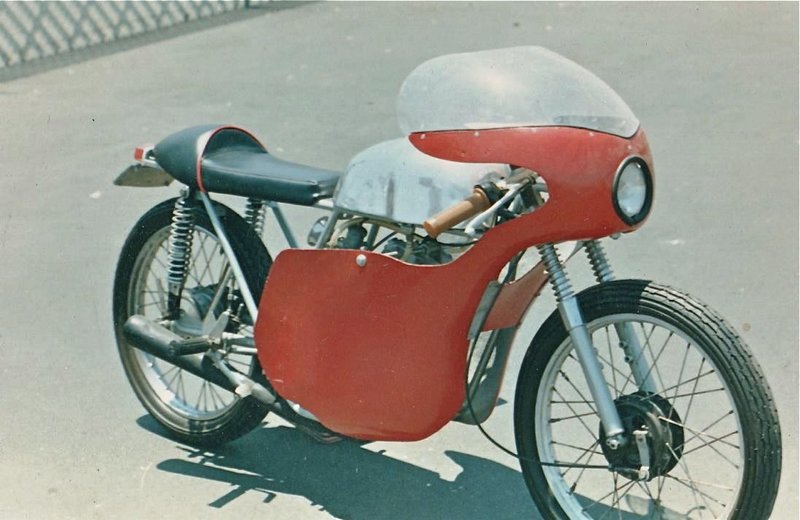 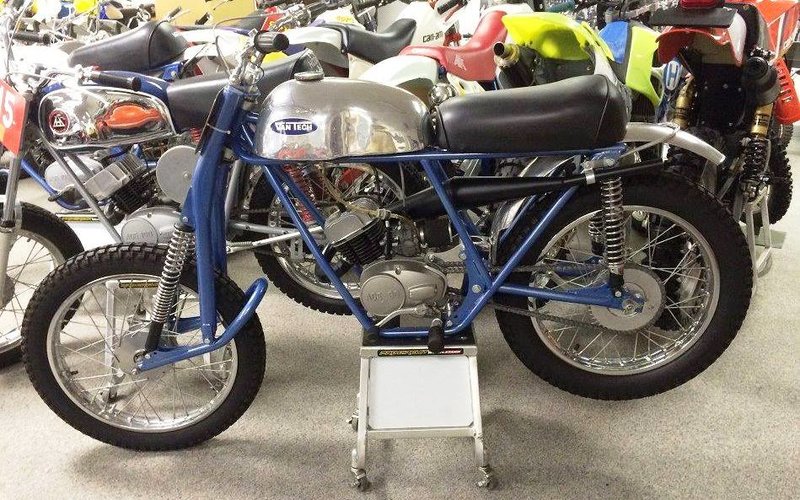 A real beauty! A 1968 VanTech Hodaka Ace 90 owned by Moto Armory and on display at their museum located in Illinois (the largest off road motorcycle museum in the U.S.) 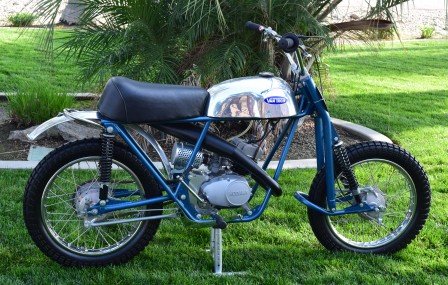 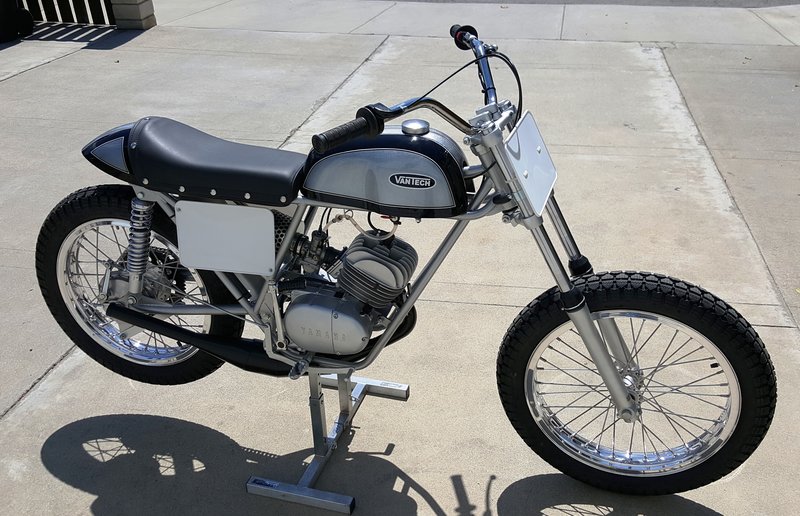 It doesn't get any better than this...a super rare VanTech Monark with a Sachs 125cc owned by Mark Shires and restored by Lee Fabry. 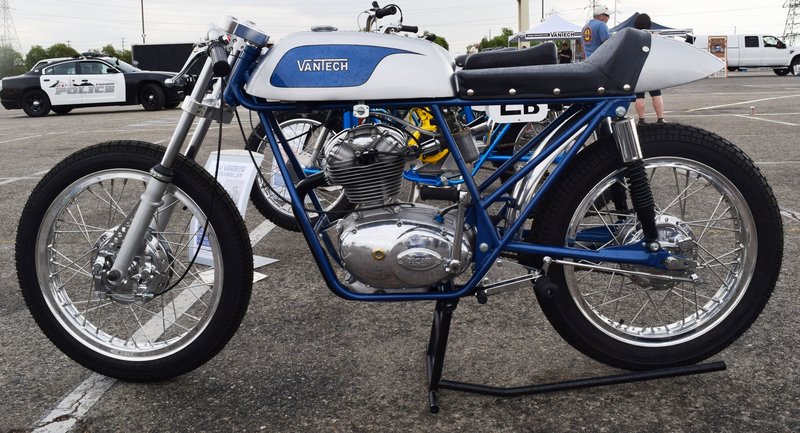 A super cool 1966 VanTech Ducati 160cc Cafe Racer owned by Holly Walker and built by the VanTech family (with help from some really great friends)! 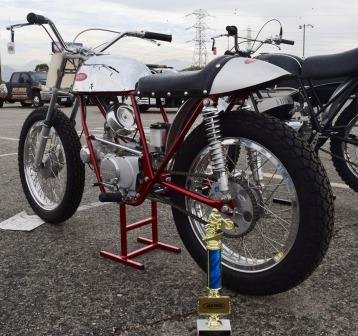 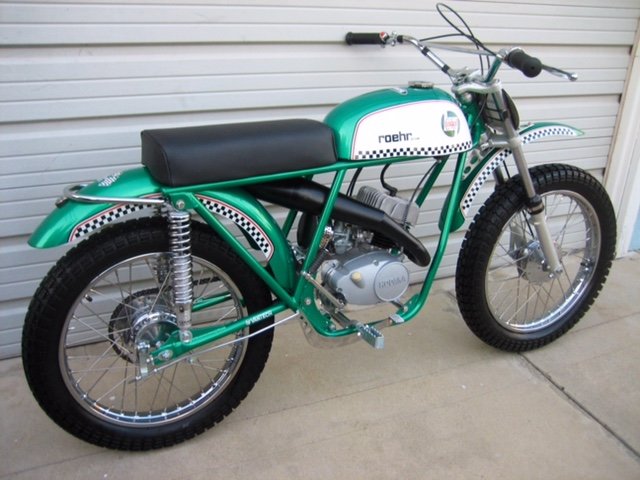 A one of a kind VanTech Castrol Theme Bike sporting a Hodaka engine. Owned by Brad DeHore and restored and imagined by Lee Fabry.  A real work of art! 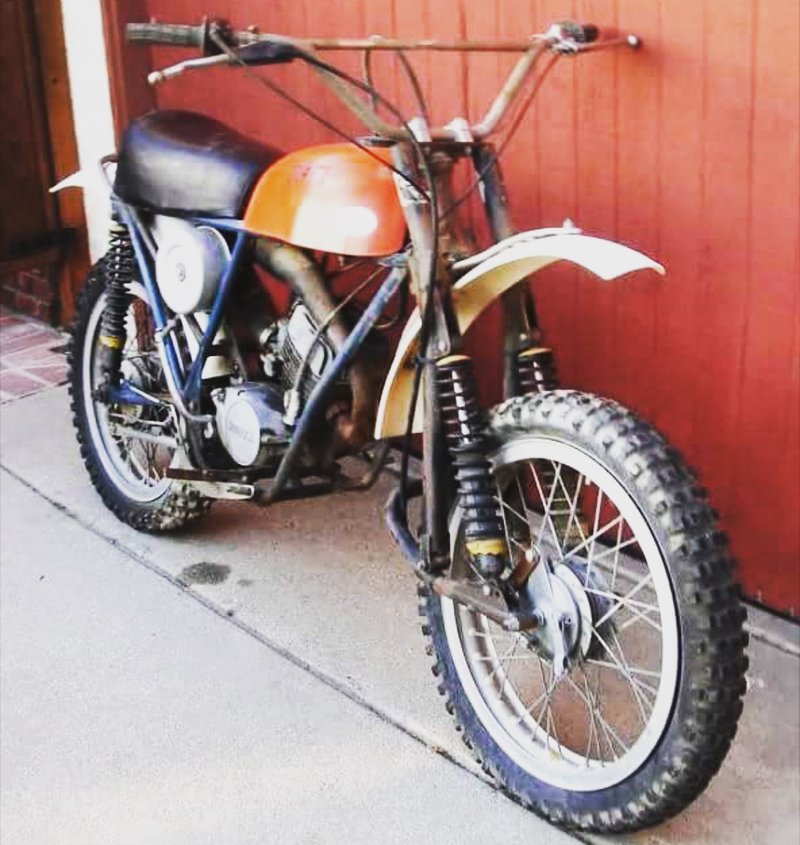 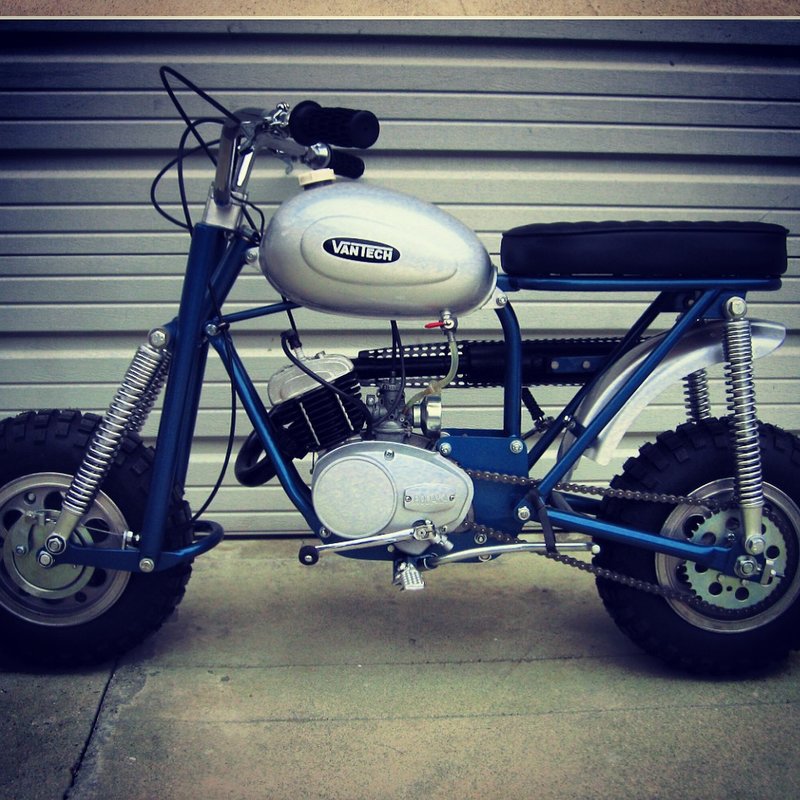 A very, very rare VanTech Sprite 80, newly restored by Lee Fabry for Brad Greer.  This VanTech was a pit bike for Brad's father, Tom Greer of the Greer-Black-Prudhomme 1962 dragster. 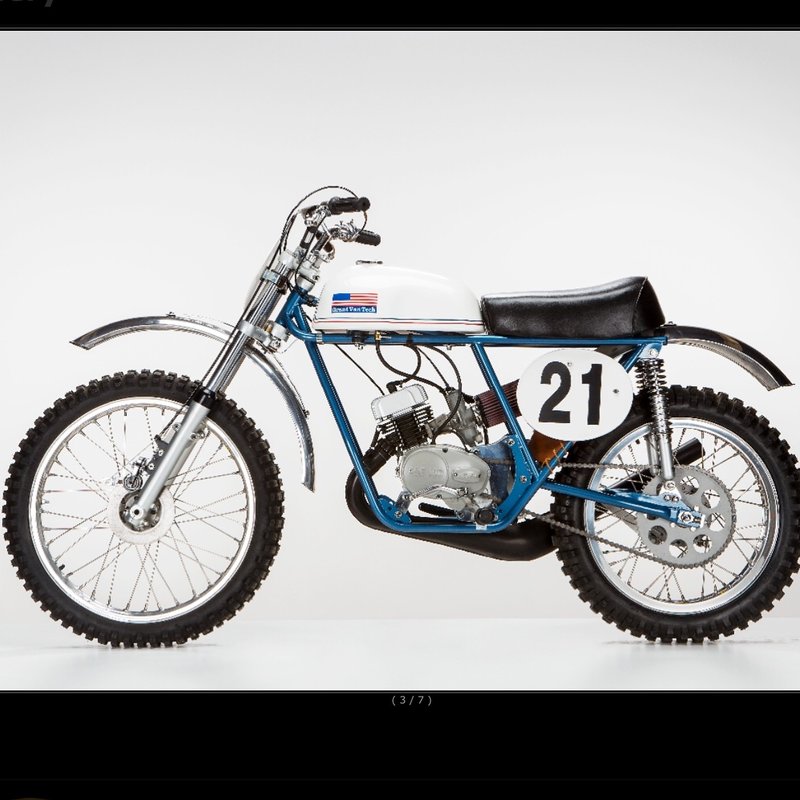